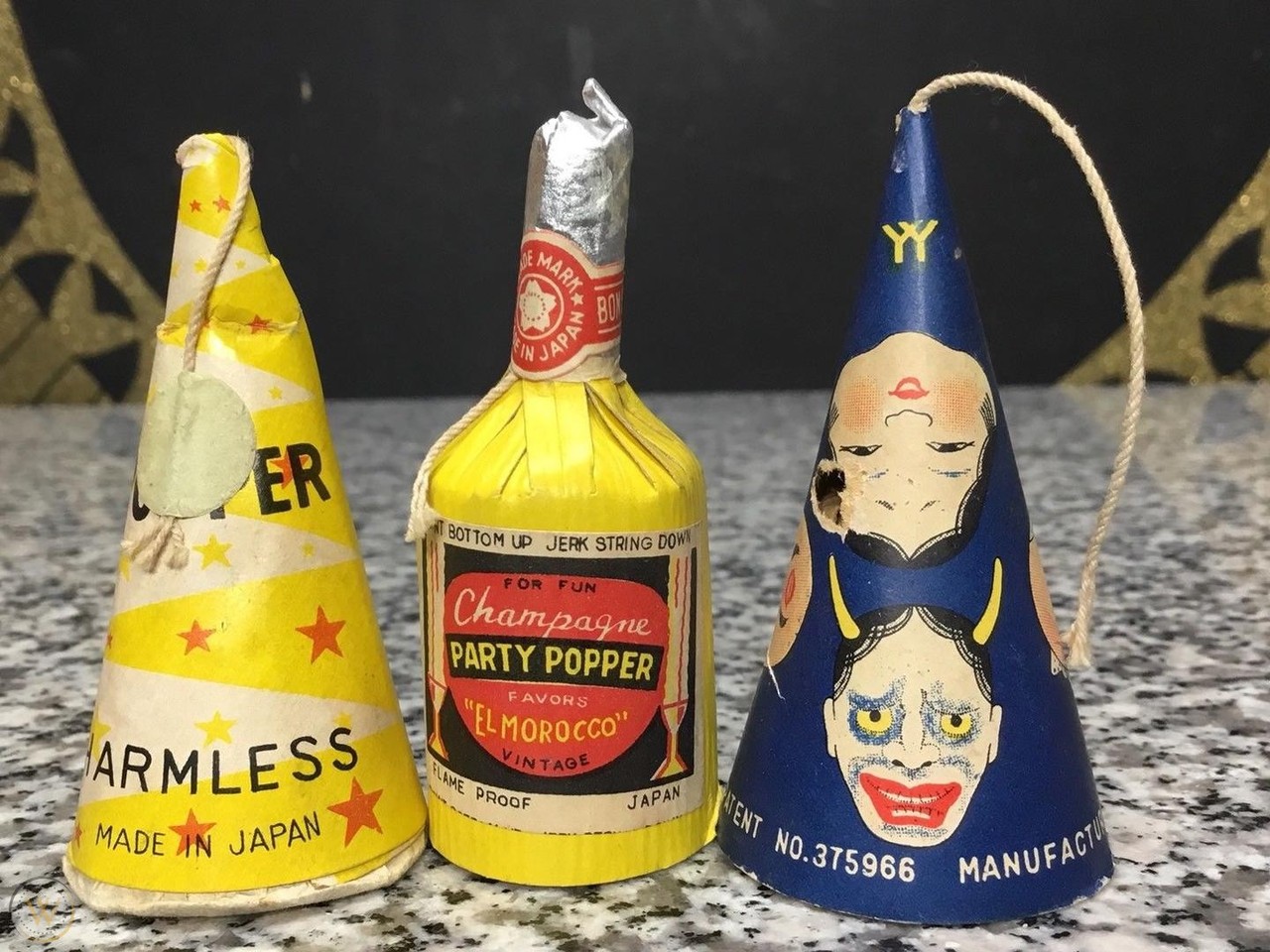 Copyright 1997-2022
Tricia Vita
No part of of this website may be used or reproduced in any manner without written permission.

When I was a carny kid in the 1960s, De Cicco's of Boston was one of the great wholesale houses of the carnival world. They carried hundreds of novelties including every one of the little "prize-every-times" in my mother's balloon dart store. Winners in the game could be counted upon to look at the label "Made in Japan" and say, "What a piece of junk!" But I disagreed. I thought the prizes were wonderful stuff, my own private stock of here-today, gone-tomorrow toys.

The De Cicco brothers sold things by the gross, like big-time egg farmers. They sold red, white and blue rosette fans to wave like Fourth of July flags every day of the carnival season, and Daredevil Sam, the parachute man, to launch into the air. They sold pirates' eye patches and villains' moustaches, policemen's badges and sheriffs' stars, and the straw fingertraps called "Chinese handcuffs."

They sold enough musical instruments to start a parade of marching bands: bamboo flutes with two or three notes to toot; kazoos to hum a catchy tune into; tin crickets to click like castanets; and guitars and banjos with rubber band strings to strum. And they sold every kind of whistle under the summer sun: leather and paper crescents that, after soaking up every drop of saliva, would stick to the roof of my mouth and let me sing like a Swiss warbler; balloon whistles that I tried to blow up, mostly because the long, drawn-out whine that was heard when the air escaped from them was certain to make my mother say, "why don't you go out and play on the midway?"; and rubber razzers, imported from Hong Kong, of which my mother would gaily say as she gave them away everywhere in New England,  "Here's a Bronx cheer – Phluuuuu!"

While the grown-ups were busy buying ten gross of this and twelve gross of that, I had the run of the house. Up one wide aisle and down the next, over dusty wooden floors and along countertops level with my beguiled eyes, I'd browse among trinkets and trick toys that I'd never see anywhere else, not even in those Cape Cod souvenir shops where almost everything came from China and Japan. By the time my mother's order was ready, I'd have picked out a slew of things and asked one of the Mr. De Ciccos to write up a bill for me too.

He looked over what I'd chosen: a mailbox bank with its own lock and key, a deck of miniature playing cards, and a handful of polished clam shells sealed with flimsy strips of paper that said those three magic words— "Made in Japan." I knew that if I placed one in a tall glass of water, then waited until I couldn't wait longer and went away, I'd come back to find a pink paper flower floating up from the opened shell. I couldn't say how long it took for this Japanese water lily to blossom: in all the years I bought packages of shells at De Cicco's, I never saw it happen with my own eyes.

The shells remained as mysterious to me as the party poppers that I shot off like fireworks—Bing! Bang! —whenever there was a lull in carnival business. Town kids scrambled to catch the streamers, as colorful and curly as Christmas ribbons, before they fell softly to the ground. While the cardboard champagne bottle that they'd come in was still smoking, I pulled it apart, anxious to get at the little bits of foreign newspaper that were hidden inside. There were seldom more than two or three elaborately printed symbols on the singed strip of paper, but they had come all the way from the other side of the world and I studied them with deep curiosity. What did they say to me?

I wouldn't find out until I grew up and traveled to Boston's sister city—Kyoto, Japan.  There I deciphered my long-lost ideograms in a book called Read Japanese Today. And I practiced my Japanese conversation with coffeeshop acquaintances. In the beginning I couldn't explain to them why I'd come or, after, why I stayed for more than three years. But now I can tell you: I had come to find a home in the land of prizes, where my heart first opened, as slowly and imperceptibly as the clam shell in its glass of water.